Here's my entry for the Miniwargaming.com Fantasy Painting Contest. I'm a bit rusty after not painting seriously for 6-8 months but I just had to try. First I want to say that this model is one of the best looking models that GW ever made, but the amount of flash that you need to cut and other problems related to assembly make it also the most horrendous. And without further ado, I give you the guy that makes you run out of time, Archaon: 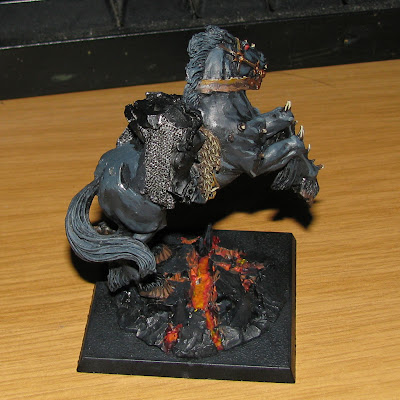 This is the first picture I got of my horse almost done, with the first pass on the base. I've done the horse color by mixing Chaos Black with Codex grey in many layers, then adding a bit of Fortress Grey and Asurmen Blue to give it a blue-ish tint.
The lava was done in a few passses of Mechrite Red, Blood Red, Blazing Orange and Sunburst Yellow. 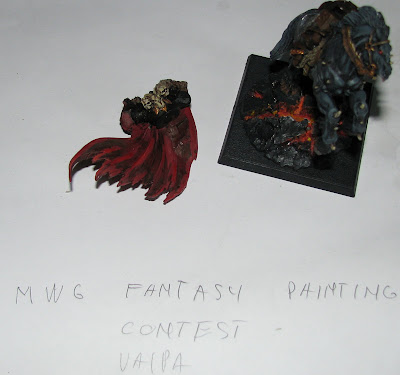 Here's the cloak (inside) and horsey placed besides each other, as well as proof that I DID paint it for the competition :D Also have a look at my marvelous handwriting. Following, there's the final product, indicating with his sword that YOU are his next target. 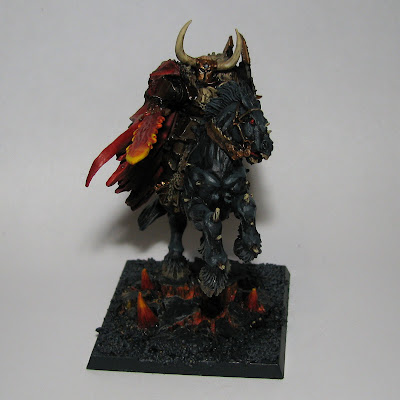 In the next picture you can see a better view of the base, cloak exterior which was painted in 7 layers of red, as well as his flaming sword. 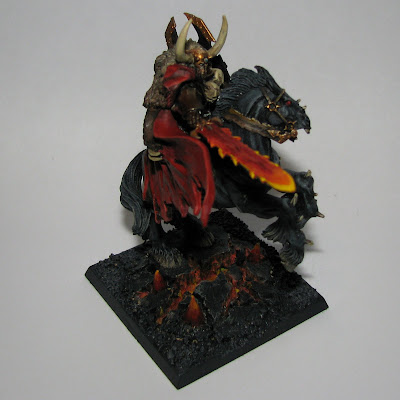 For this side shot, Archaon shows us his shield which is a bit battered. The horse doesn't agree with him carrying that insane amount of metal on his back. The shield was painted in the color of the armor, which is basically 6 layer mix between chaos black and blood red, going up to a rust color at the highest intensity. 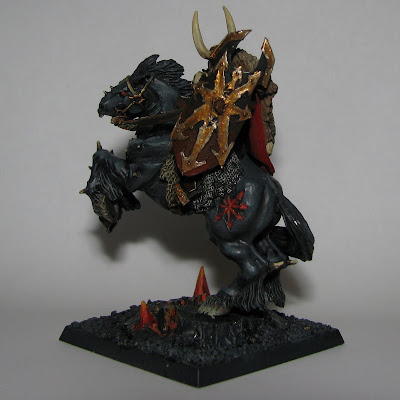 And finally, a better view of the furry shoulders and sword. The shoulders were made by blending 2 shades of brown, namely PP Jack bone and PP Bootstrap leather. The sword was done in a 7 stages, going from Mechrite Red, Blood Red, Blazing Orange, PP Cygnus Yellow and with a Baal Red wash in-between. 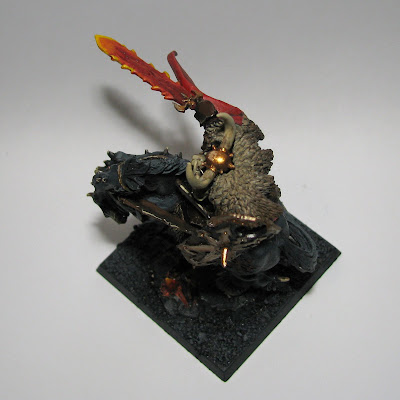